SISTERS IN CRIME MISSION: We promote the professional development and advancement of women crime writers for equality in the industry.

If you love mystery fiction as much as we do, join us. Readers and writers make up our Orange County, California, chapter.  We usually meet on the fourth Sunday of every month to learn about, and discuss, all things crime fiction.

No meeting in June. See you in July! 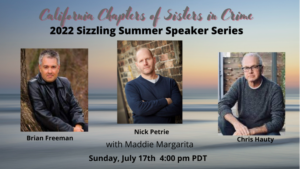 Chris Hauty was born in San Antonio, Texas, and is a graduate of Reed College. He began his professional writing career with “Don Coyote”, a contemporary interpretation of Cervantes’ “Don Quixote” with Jonathon Lynn attached to direct. Projects in the family film genre followed, including Disney’s “Homeward Bound: Lost In San Francisco”. To broaden and further define himself as a screenwriter, Hauty wrote the original screenplay, “Arena”, a dark, gladiator epic. Subsequent credits include “Moby Dick” at Dreamworks Animation, “Beautiful Killer” at Universal Pictures with Jessica Alba attached, “Land of Legend”, a Viking saga at Walden Media with Renny Harlin set to direct, “Vigilante” at Studio Canal with Ed Burns to star and direct, and “Colosseum” at Icon Pictures, with Mel Gibson to direct. He sold the pitch for “The Eternals”, a supernatural thriller set on a college campus, to CBS Films. Recent produced credits include “Never Back Down”, directed by Jeff Wadlow and starring Djimon Hounsou and “Sniper: Ghost Shooter” staring Billy Zane for Sony Pictures Entertainment. Hauty lives in Venice, California, with his feral cat and a Triumph motorcycle. Deep State is his first novel.

Nick Petrie received his MFA in fiction from the University of Washington and won a Hopwood Award for short fiction while an undergraduate at the University of Michigan. His story “At the Laundromat” won the 2006 Short Story Contest in The Seattle Review, a national literary journal.His first novel, The Drifter, won the ITW Thriller and Barry Awards, and was nominated for Edgar, Anthony, and Hammett Awards. He won the 2016 Literary Award from the Wisconsin Library Association and was named one of Apple’s 10 Writers to Read in 2017.  Light It Up was named the Best Thriller of 2018 by Apple Books. Both Light it Up and The Wild One were shortlisted for the Barry Award.His books in the Peter Ash series are The Drifter, Burning Bright, Light It Up, Tear It Down, The Wild One, The Breaker, and The Runaway. A husband and father, he has worked as a carpenter, remodeling contractor, and building inspector.  He lives in Milwaukee, where he is hard at work on the next Peter Ash novel.

Brian Freeman is a New York Times and Amazon Charts bestselling author of more than two dozen psychological thrillers, including the Jonathan Stride and Frost Easton series. His books have been sold in 46 countries and 23 languages. He is widely acclaimed for his “you are there” settings and his complex, engaging characters and twist-filled plots. Brian was also selected as the official author to continue Robert Ludlum’s Jason Bourne series, and his novel THE BOURNE EVOLUTION was named by Kirkus as one of the best mysteries and thrillers of 2020. Brian’s stand-alone thriller SPILLED BLOOD won the award for Best Hardcover Novel in the annual Thriller Awards given out by the International Thriller Writers organization, and his fifth novel THE BURYING PLACE was a finalist for the same award. His novel THE DEEP, DEEP SNOW was a finalist for the Edgar Award for Best Paperback Original in 2021.His debut thriller, IMMORAL, won the Macavity Award for Best First Novel and was a finalist for the Edgar, Dagger, Anthony, and Barry Awards. IMMORAL was named an International Book of the Month, a distinction shared with authors such as Harlan Coben and Lisa Unger. All of Brian’s books are also available in audiobook editions. His novels THE BONE HOUSE and SEASON OF FEAR were both finalists for Best Audiobook of the Year in Thriller/Suspense. 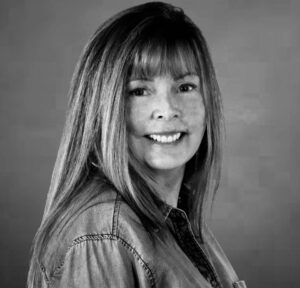 Maddie Margarita is the host of  Lit Up! OC, The Southern California Writers Association Hump Day Book Tour, and Character Floss the Podcast on Authors on The Air Global Radio Network. A Teaching Artist at the Muzeo Museum & Cultural Center in Anaheim, CA, Maddie also serves on the Board of the Southern California Writer’s Association and Sisters- in-Crime Orange County. Her short stories can be found in IT’S ALL IN THE STORY CALIFORNIA an anthology of short fiction.

This is the Zoom link. After registering, you will receive a confirmation email containing information about joining the meeting.
https://sistersincrime-org.zoom.us/meeting/register/tJAoc-uhqDwrGdTZTr3yTPjdQsrdrjeA_goh

Mystery novelist and foreign correspondent Jeffrey Fleishman will be in conversation with Barbara DeMarco-Barrett. They’ll focus on his latest novel, Good Night, Forever, and also discuss the art, craft, and business of writing. 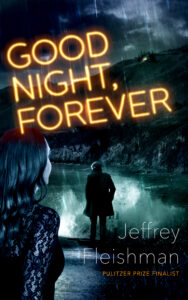 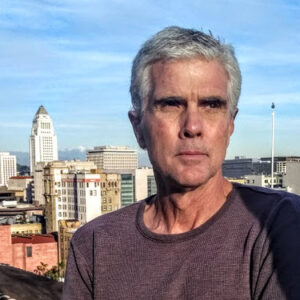 Jeffrey Fleishman is a Pulitzer Prize finalist and longtime foreign correspondent. He has had postings in Rome, Berlin, and Cairo and has covered wars in Iraq, Libya, and Kosovo. He returned to America in 2014 and is Foreign editor of the Los Angeles Times. He has written four other novels, My Detective and Last Dance (the first two Sam Carver books), Shadow Man, and Promised Virgins: A Novel of Jihad. 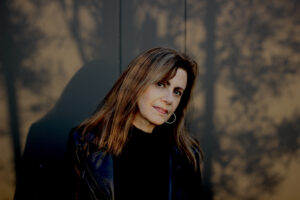 Barbara DeMarco-Barrett is the editor of, and contributor to, Palm Springs Noir (Akashic). Her stories and essays are in Orange County Noir USA Noir: Best of the Akashic Noir Series, Rock and a Hard Place, Dark City Crime Mystery Magazine, and Inlandia. Her articles appear in the Authors Guild Bulletin, Los Angeles Times, Poets and Writers, and The Writer magazine. She taught at the UC-Irvine Extension, where she received a Distinguished Instructors award, and is professor of creative writing at Saddleback College’s Emeritus Institute. Her first book, Pen on Fire: A Busy Woman’s Guide to Igniting the Writer Within, was a Los Angeles Times bestseller. For the last 24 years she has hosted the podcast, Writers on Writing. For 23 of those years, the show broadcast on KUCI-FM.

Our Sunday meetings are always free to the public, but donations are always welcome. Any amount helps.

We welcome sisters and misters with an interest in the mystery genre, including authors pursuing a career in crime and mystery writing, booksellers, publishers, librarians, editors, agents, and fans.

Orange County dues are $25 per year.

Check us out on Facebook: Sisters in Crime Orange County

Theme by Anders Noren — Up ↑